African Djembes : The Reason I Do Not Import them Why I Do Not Import African Drums

Not importing Djembes is a question of principle

There is a certain irony surrounding African djembés in the West. The guilty silence by drum merchants concerning the non sustainable harvest of large trees and the raising of goats for skins in West Africa, flies in the face of the self image of djembé buyers. They would be alarmed, once informed of the massive illegal deforestation of Senegal, Mali, Guinea and other countries in the region. Many other African countries embraced the phenomenal success of the djembé in Europe and the United States and nowadays, djembés are made all over Africa, not just in West Africa where they first originated. The first djembés that were imported in the 70s were made from very big logs.  These days, we most commonly find drums that show patches of light-coloured wood (closer to the bark).  This  indicates a diminishing access to big diameter trees.  I have my doubts about this being a result of tight logging regulations in Africa.  I simply think large trees are becoming less and less available .  Drum-making is not driving the growing scarcity, but is certainly a part of the problem. Worsening drought, the advancing Sahara desert and crop failures are symptoms : deforestation is a current ecological problems we simply cannot ignore.

Unfortunately, we do not make the deforestation connection  with the gorgeous drum in the corner of the room.

Large trees are harvested in the rural hinterland, then concealed in closed side trucks, beneath a layer of smaller (legal) logs, then freighted down to the city as firewood. Once there, the two crops are separated, and the drum-shell logs are carved into djembes.

If the smuggled trees were able to be taxed, to fund reafforestation, and if the carvers and goat breeders were paid a fair minimum wage, the “genuine African drum” would be priced out of the market.

The problem of the Indonesian drum merchants is even worse.  One thing the market is very good at, is listening to customer demand and Indonesia quickly recognized the potential of the trendy drum.  After the success of the “African Ballets”  and the popularisation of the  djembé, mass-produced Indonesian djembé-shaped drums flooded the market at unbeatable prices. Because of their price, they obvioulsy seduce schools who need to juggle tight budgets.  The Indonesian “djembés” were often light, small and of low-quality, making them almost impossible to repair.  When their skin splits, they usually end up in our landfills or gathering dust in the schools’ percussion storeroom.  I often come accross these cheap drums when I go around schools.

I don’t want to be part of that trade, if I can avoid it. I don’t see my work as simply assembling various parts produced by other people’s hard work.

A drum is not only made of wood, the skin is the other essntial part.  To skin my drums, I had three choices:

Synthetic heads work well and would save me time. But I like the feel and the look of the goat skins. It makes each drum different. Plastic skins are an industrial product, and I think it takes away the individual character of the drum. Goat skins are an organic product, they give a more traditional sound.  They react to atmospheric conditions and the sound changes, evolves, just like the wood.  Each skin is unique. Some are dark, some are light coloured, some are spotty, some are thick, some are thin, just like the wood.

There is also the problem of trying to fit synthetic drum-heads to a hand-made drum-shell. Wooden djembés, carved from green wood, are almost impossible to size accurately. The seasoning process shrinks the wood, both in length and diameter, but to an unpredictable degree.

Importing African goat skins would pose a similar dilemma to importing African drum shells. Grazing goat herds then culling them, to supply the djembé trade, is another factor in the deforestation of West Africa. The large goat herds eat the regrowth that would normally occur after taking out the large trees. This encourages the advance of the Sahara desert.

My best option then, is to find local hides.  Processing skins is just another part of drum-making.

New Zealand exports goat meat, about five thousands per year in the South Island, and a hundred thousands per year in the North Island. These New Zealand farm goats have enormous hides. They are the ones I use for my drums. The goat farmers also occasionally coral feral goats, and sell these for the meat trade. These hides are smaller, but tougher than the farm ones, I choose to use these tough ones for high performance hand-drums.

Drums as cash crops involving millions of djembés every year are unsustainable. 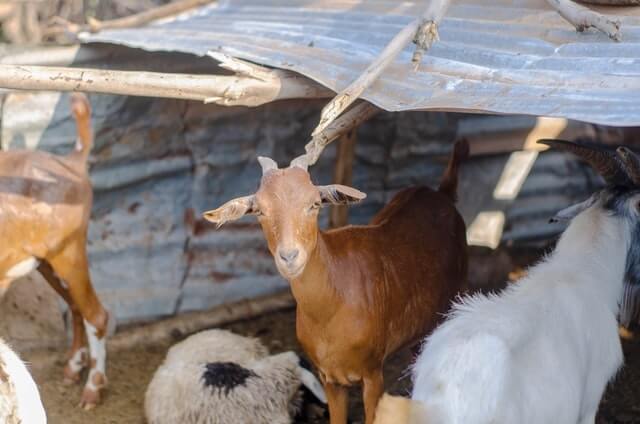 David is a New Zealander living in Dunedin. He has been making and repairing drums in his home-workshop since 1995. He is known as the Dunedin Drum-Maker. 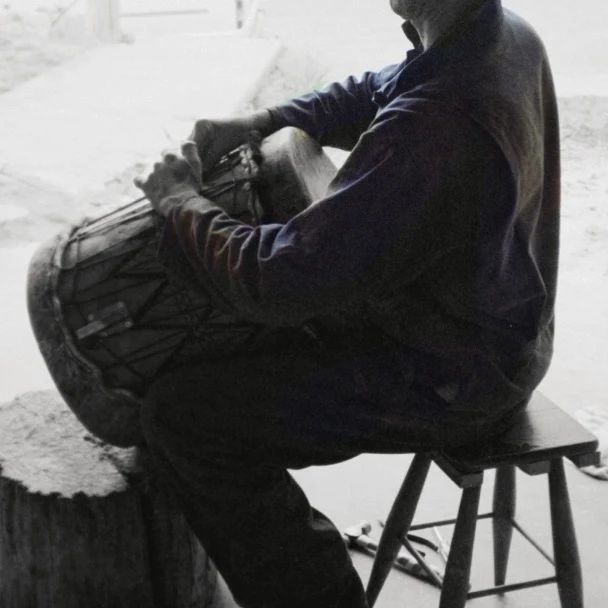 songbongdrums
•
Follow
We've been producing drums in Dunedin for over 20 years. Here David is tuning up a wooden Dunumba.
View on Instagram |
1/9 songbongdrums
•
Follow
Drums in the making! This delivery of PVC tubing is ready to be transformed into tambourines and children drums. Once measured, these tunes are cut into 240 individual drum shells.
View on Instagram |
2/9 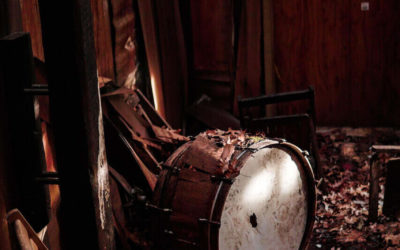 How To Make Your Drum Sound As Good As New

The secret for a drum to sound bright and crisp is to tension its membrane somehow.

END_OF_DOCUMENT_TOKEN_TO_BE_REPLACED 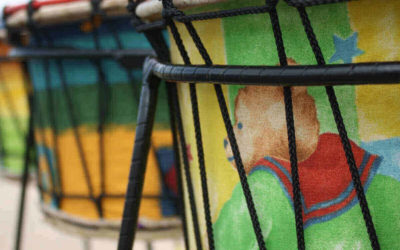 Learn How To Tune Your Drum

How To Tune Your Drum If your drums are a year old or more, then the sound they make will have changed since the day you bought them. This is entirely normal and has nothing to do with the quality of your drum.  The natural skin head reacts to the moisture content of...

END_OF_DOCUMENT_TOKEN_TO_BE_REPLACED 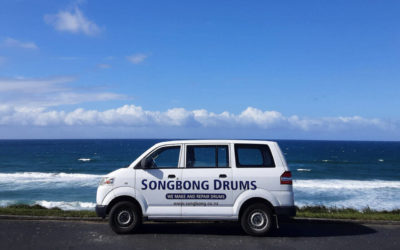 How Not To Name Your Business

Do you know what an African drum and a Korean city have in common?